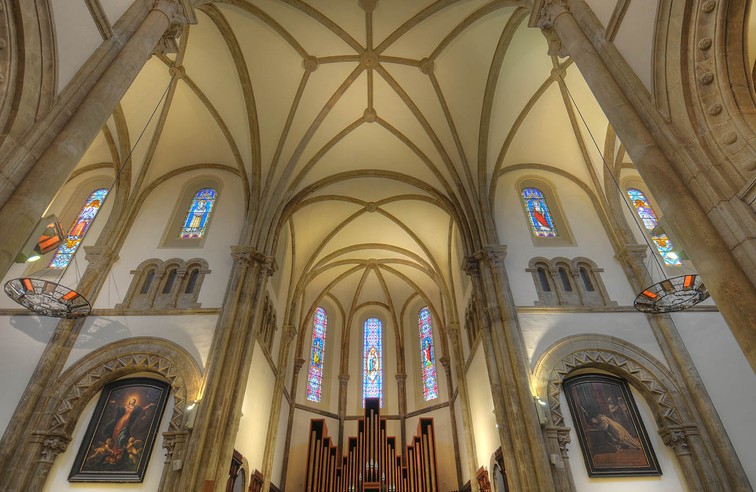 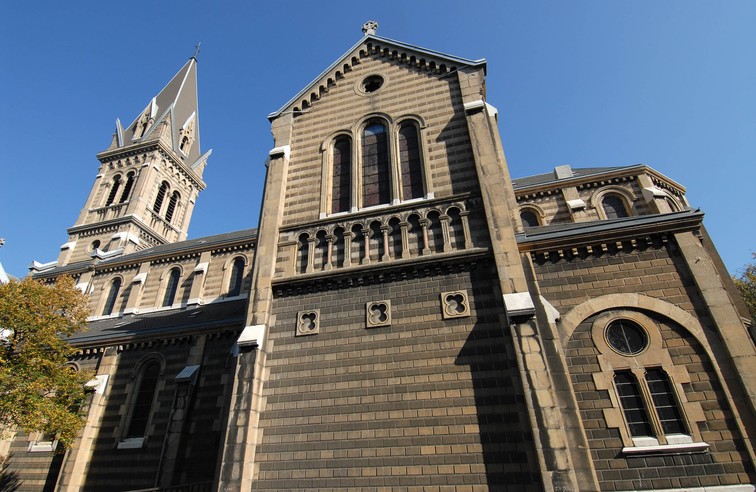 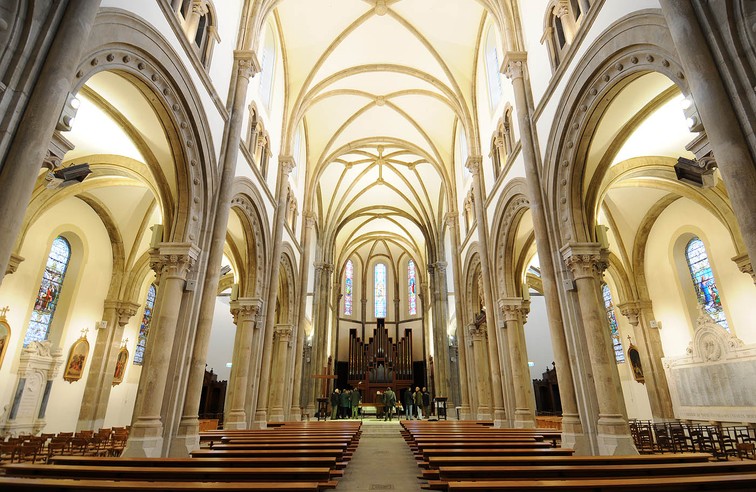 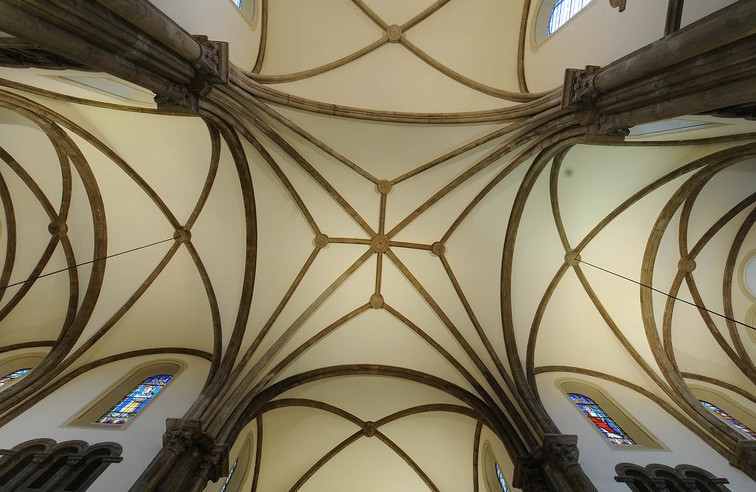 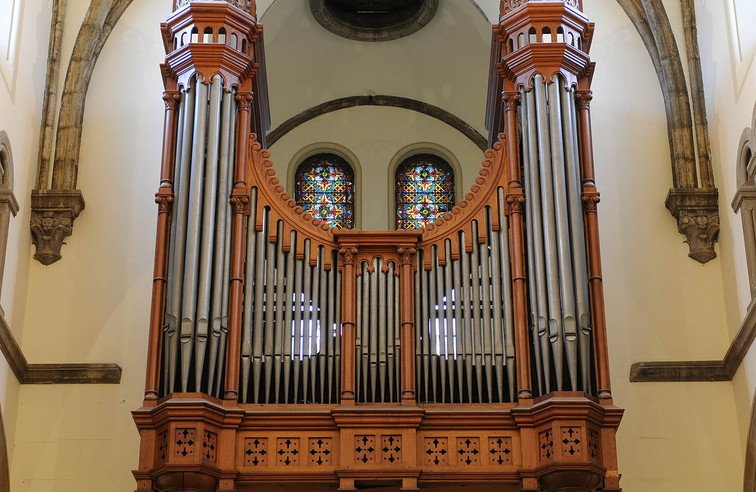 Its construction was not without administrative and financial difficulty, despite a 100,000 francs donation from the Chartreuse fathers in 1867 to help finance the construction. After several changes to the initial architectural plans, estimation problems, and disagreements with the city, no fewer than four architects, one after the other, would work on the construction.

They were Anatole de Baudot, Alphonse Durand, Eugène Péronnet, and Alfred Berruyer. The latter, promised, in 1875 to « rework the church plans, making the effort to return to the simple and harmonious lines of the initial project, all the while smoothening the transition with the the already completed parts."

In the end, the neo-Roman style church, would not be built of carved stone but of false stones made of natural cement, for cost reasons. Limestone would nevertheless be used for certain parts of the edifice.

The bell tower, 67 meters high, became the highest building in the city.

The interior, of beautiful neo-Roman architecture, was recently restored. The choir houses two paintings by Dauphinois artist Jules Flandrin, that depict two scenes of the life of Saint Bruno.